I get many questions on how to move Logic’s Apple Loops and samples to an alternative location like i.e. to a secondary internal or external drive.
There’s widespread information about using aliases when linking back to Logic Pro X’s default locations. Unfortunately this is a very risky assumption because every update related to that content will overwrite the alias and recreate an ordinary folder instead. The problem is that your other content will be orphaned and you will end up with library content that needs to be redownloaded again.

The correct way of do this is to use symbolic links.

Symbolic links, or symlinks, are part of the underlying file system that the UNIX BSD kernel in OS X uses as its backbone. Symlinks basically contain information to the file path itself but not to the files. It stores the information of the so called inode , this is in contrast to an OS X alias which contains a reference to the path as well as the actual file itself.
One of the advantages of an alias is that you can rename and move the referenced file without losing its relationship. This is in general a huge advantage over symlinks, but has the downside of being treated like a small file instead of a referenced location by the file system. That’s why an update will remove an alias and create a new folder in its place.
A symlink will, as I stated before, only store the path. Moving the target file or folder will break the link. Changing the name of the file or folder will also break the link. Creating a whole different file and placing it under the same path with the same name will however work flawlessly.
One of the strengths of the symlink is that the system treats it as a path to a location. This is why it stays intact even when updating your libraries.

How to create a Symbolic link 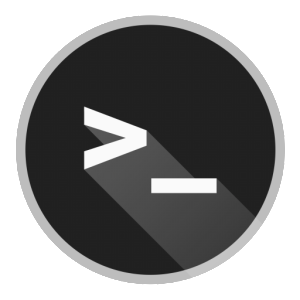 The easiest way to create a symlink is to use the Terminal. You can find this application inside the Utilities folder which lives inside your Applications folder. Apple’s Finder does not provide any way of creating symlinks directly, as an alias is the prefererred way of linking to a file. If you however find the terminal too heavy or scary, there are small scripts that can help you out.
I will recommend you to use the Terminal though, simply because it’s a very easy task and getting your hands warm in the Terminal will have other benefits later on.

Launch the Terminal and use this command:

The target is where your files are.
The destination is the symbolic link file itself. In this particular case we are going to use the default library location for this link.

OS X’s terminal offers the ability to drag and drop paths directly from the Finder. You will not have to enter much text at all.

In this scenario we are going to move an already created folder with content and create a symlink in its place.

Start by locating /Library/Application Support/Logic
Move it to your external drive. For organisational purposes I advice you to first create a folder on that drive thus keeping all your content in one place.
The new location for the content is as follows:

“Logic Content” is the name of the folder I created. “Logic” is the moved folder.

Now we want to delete the original content on the System drive.
Delete the Logic folder inside /Library/Application Support/

First of all we can set the shell to root. Launch the Terminal and write the following then press enter:

Press back space to get rid of the blank space and enter /Logic to name your link “Logic”. You should now see:

Lastly press Enter and the symlink is created.

You can create the links before installing Logic Pro X.

For organisational purposes I advice you to create a main folder first followed by a subfolder on that drive to keep all your content in one place. In this example I create a “Logic Content” folder and inside that I create a new “Logic” folder. We now have a path that looks like this:

Launch the Terminal and type ln -s followed by a space.
Drag and drop the Logic folder from your external drive onto the Terminal window. Next type /Library/Application\ Support/Logic and you will see this on the Terminal:

Press enter and your symlink is created.

There are 4 locations on your mac that are of interest. You don’t need to move all of these if you don’t want to but it’s good to know where all content is installed:

The largest folders in size are the Apple Loops and the Logic folder.

You can now follow one of the steps above to either create or to move as many folders as you want.

I hope this is a good introduction in how to move your content and I’ll see you on the next blog post.

Eric Cardenas is a musician, bass player, singer and multi-instrumentalist but also a longtime user of Logic Pro.

Discuss this article in the forum >>>

Your cart is empty

Take a private lesson with Eric via Messages, TeamViewer, Skype, or Google Hangouts from the comfort of your own home or studio.